iOS is the second most popular operating system worldwide after Android. Due to the high price of an apple device, the corresponding sophistication demanded by the consumers makes application building comparatively challenging but a worthwhile task. With iOS users spending much more in an app and having a similar customer base as Android, it is highly recommended to launch an app on the iOS, especially for financial success through an application.

The applications by the iOS app development company must be written and compiled (using Xcode 5 or later and optimized for iOS 7 or later) specifically for iOS. Further, the iOS SDK extends Xcode to include the tools, compilers, and frameworks you need specifically for iOS development. Authorized third-party native applications are available for devices running iOS 2.0 and later through Apple's App Store.

PhoneGap mobile development framework enables building applications using HTML, CSS and Javascript and wrapping up of codes depending upon the platform of the device. It extends the features of HTML and Javascript to work with the device which consequently creates a hybrid applications that are neither truly native mobile applications nor purely web based.

We develop the latest IOS applications using SDK as well as PhoneGap frameworks to the utmost satisfaction of our clients with variable components and the latest interface. Our experienced app developers ensure to deliver you the best iOS app development services. Our post development service is also highly revered by the clients as we provide constant maintenance and updating service in consonance with the times after creation of the application. 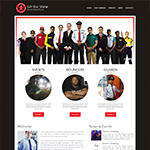